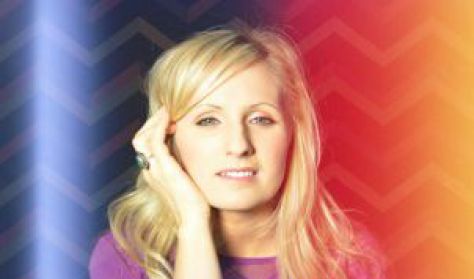 I'm often asked by eager tourists while waiting tables, "Are you a songwriter?" And I often answer with a sly smile and hint of sarcasm, "I'm a waitress and a tour guide in Nashville, Tennessee, so yes, by default I'm a songwriter!"

Then comes the dreaded…

I'm often asked by eager tourists while waiting tables, "Are you a songwriter?" And I often answer with a sly smile and hint of sarcasm, "I'm a waitress and a tour guide in Nashville, Tennessee, so yes, by default I'm a songwriter!"

Then comes the dreaded question from genuinely well-meaning folks:

"Have you had any songs recorded?"

At the sound of those questions, the artist in me SHUDDERS. I know the question they're trying to ask but don't know how. They want to share the dream, to celebrate with someone chasing after it and actually coming out the other end victorious.

The problem, as is usually the case, is a lack of perspective.

It's not about the money.

It's not about the fame.

If you do it for those things, and years down the line you're neither rich or famous, you've failed. But if you put everything you have into genuine, authentic, honest music, there's no way you can fail.

It's about giving people something they need. Something they don't even know they need. As an artist there is a filter one must sing through; every wound, every pain, every joy, all the ups and all the downs.  True success is looking around and seeing the same music that healed you on its way out, healing others on it's way through their lives.

While attending the Academy of Country Music Honors Ceremony where Vince Gill received a career achievement award, he spoke a truth that will always stick with me:

I realized something, sitting there in the sacred pews of the Mother Church of Country Music, with those words echoing in my mind...

I'd rather be the real deal than a big deal any day.

Sometimes these two collide. But this could also mean never "making it" according to the world's standards of success. One of the the biggest things I've learned since moving to Nashville in 2012, is that you cannot let other people define success for you.

If I can reach the end of my life and honestly say it was about the music, reaching people, and creating genuine relationships, then I will have "made it."

Right now I am spending my days learning how to let the music be what it wants to be and doing my part in getting it out there in the world for my friends to enjoy. My hope for you and me is that we can break free from fear and just be the creators we were made to be.