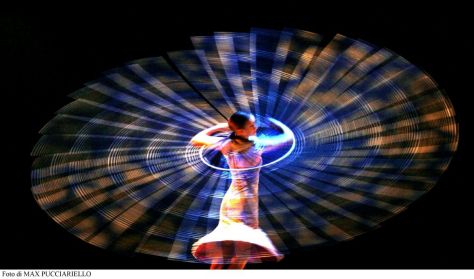 The World Ballet Competition celebrates its 15th Anniversary!
Join us for a star-studded evening at the WBC Gala on Saturday, June 18 at 7pm at the Orange County Convention Center’s Linda Chapin Theater.

The weeklong “Olympics of Dance” opens on Tuesday, June 14 and offers attendees four days of intensely competitive and juried performances.

The elite group of ballet dancers, representing 25 countries, will compete for scholarships, cash prizes and contract offers from dance companies around the world - more than $3.5 million in prizes has been awarded since the WBC's inception! Celebrating its 15th Anniversary, the World Ballet Competition attracts leading celebrities from the global dance industry while furthering the careers of future artistic talent worldwide. The event culminates with a star-studded Gala finale on Saturday, June 18 that Matt Palm of the Orlando Sentinel, named “A steady stream of wow-wow-wow.”

Don’t miss performances from an impressive roster of stage and film!